ALIEN DAY has arrived, and to celebrate, Famous Monsters has two special exclusive reveals and an ALIEN-themed giveaway!

Three decades have passed since the release of James Cameron’s hugely influential ALIENS. In the next issue of Famous Monsters of Filmland magazine, arriving June 7, the Oscar-winning filmmaker reflects on the making of his 1986 Sci-Fi masterpiece in an exclusive, in-depth interview with executive editor David Weiner:

ON CREATING A NEW ‘ALIEN’ TALEFROM THE 1979 CLASSIC: “My goals were twofold, and one was not prioritized over the other. The first goal was to honor and continue what Ridley had started. And the second goal was to make it my own film. … I felt that it was important to be stylistically continuous with the first film. But in terms of the way the story is told, the elements of the story, introducing the idea of a future military, that was just a way into it that made it different, that was a distinguishing factor.”

THE VISUAL EFFECTS OF ‘ALIENS’ AND TODAY’S CGI TRADE-OFF: “We developed a pretty good little palette of techniques that were relatively straightforward and inexpensive and required a lot of craftsmanship. I think there’s less hands-on craftsmanship in visual effects these days because so much can just be fixed downstream, digitally. Almost anything can be corrected or hidden or added to or enhanced with CG now. So there’s much less emphasis on what’s going in front of an actual camera lens.”

WOULD CAMERON EVER RETURN TO THE ‘ALIEN’ FRANCHISE? “Unless somebody could come up with some spectacularly new concept. … I’ve got my own kind of alien world that I’m enslaved to now with the AVATAR films, so I can pretty much rule that out.”

FAMOUS MONSTERS MAGAZINE’S INFLUENCE ON CAMERON: “The effect Famous Monsters magazine had on me when I was ten years old through my teen years was psychological. It was a reality check that I wasn’t crazy, because other people loved this stuff, too. I certainly never got any support within my family or from my parents or even that much from my friends that monsters were cool. So it was my contact with a larger community of fans for horror and science fiction.” Cameron also shares new AVATAR sequel details and much more in the all-new, exclusive interview. 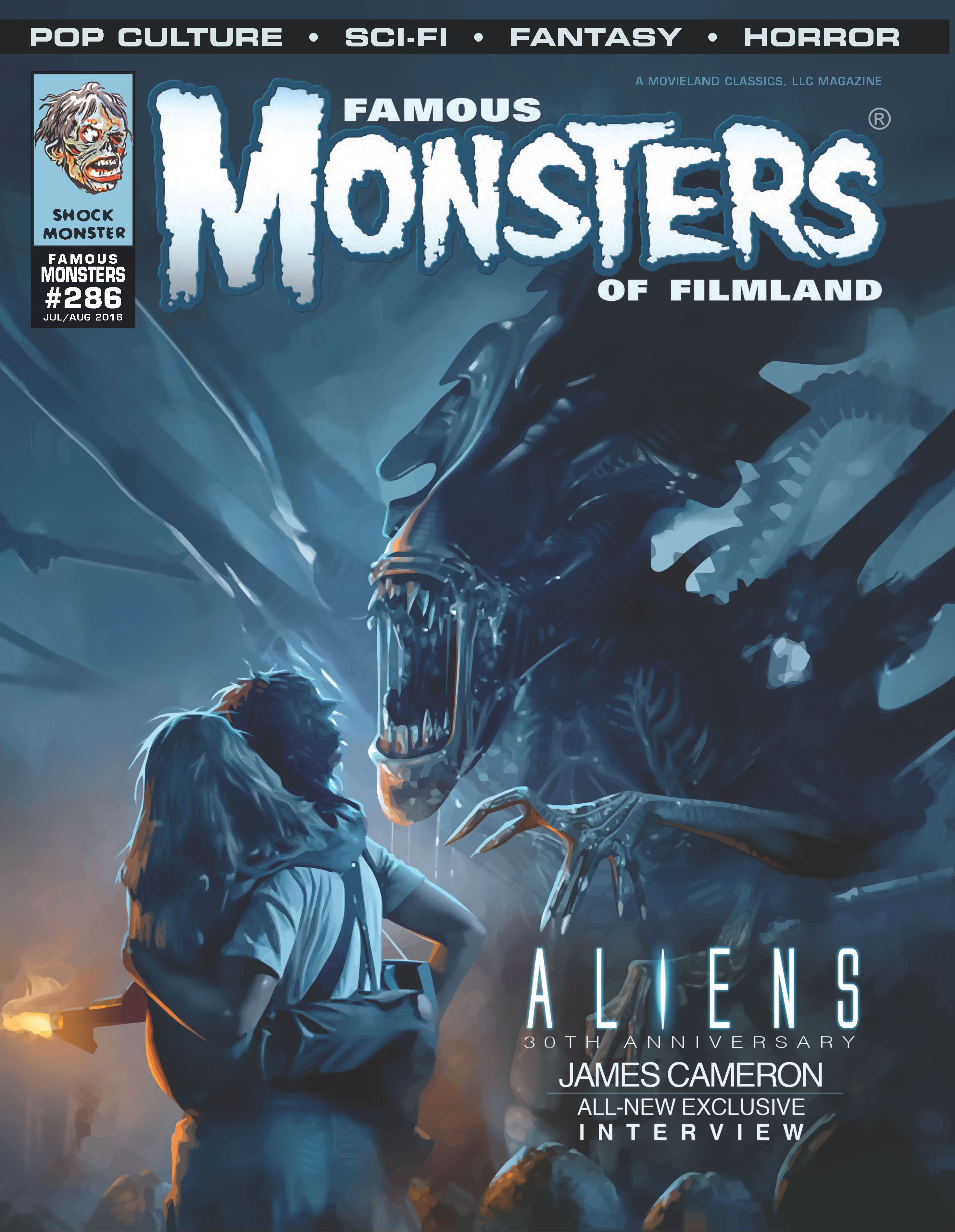 TWITTER GIVEAWAY FROM FAMOUS MONSTERS AND NECA: During Alien Day, fans who tweet a picture of our ALIENS cover using #FMAlien and follow @FMoF will be entered to win a Series 7 Translucent Xenomorph figure (7″ scale) from NECA! Fans will recognize this figure from early costume tests for Ridley Scott’s 1979 ALIEN. While costume malfunctions kept the team from moving forward with the translucent suit, it still remains an iconic piece of film history. Tweets must be made before 11:59pm, PST on April 26, 2016.